On April 20, 2010, the Deepwater Horizon (DWH) blowout released an estimated 780,000 m3 of crude oil into the northern Gulf of Mexico (GOM) over an 85 day period. Consequently, up to 80,000 square miles along the impacted area were closed to fishing, resulting in loss of food, jobs, and recreation. Specifically in the northern GOM, oyster reefs and productive oyster harvesting areas were likely exposed for several weeks from the DWH oil plume. Because of their filter feeding behavior, oysters are especially susceptible to pollutants present in the overlaying water. As a corollary, oysters may concentrate oil-degrading bacteria from the overlaying waters. In fact, several studies have shown that the oyster microbiome consists of a diverse collection of bacteria that not only differ taxonomically from the surrounding seawater but also outnumber the water bacterial populations by several orders of magnitude, likely due to the oyster’s filter-feeding processes.

We conducted two related studies to obtain a comprehensive understanding on the ability of the oyster microbiome to degrade Gulf crude oil. In the first study, we collected oysters, overlaying water and sediments from Apalachicola Bay, FL and oysters were cleaned and shucked to collect the mantle fluid and tissues separately in the laboratory. Microcosms with Bushnell-Haas media were then established containing oyster tissue, mantle fluid, overlaying water or sediment samples and amended with 0.1% Gulf crude oil.  Automated ribosomal intergenic spacer region analysis (ARISA) was used to assess shifts in the microbial communities in the amended microcosms over a 3-month period. Additionally, oil-degrading bacteria from these different environments were isolated and identified using 16S ribosomal RNA (rRNA) gene sequencing. Isolated bacteria were compared by a UniFrac-based principal component analysis (PCA) to examine differences between the oyster biome and the surrounding environment. Additionally, ten representative isolates from these environments were selected to examine their oil-degrading potential. 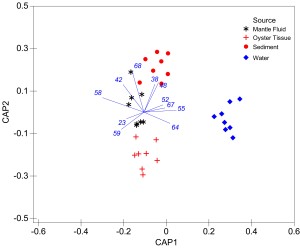 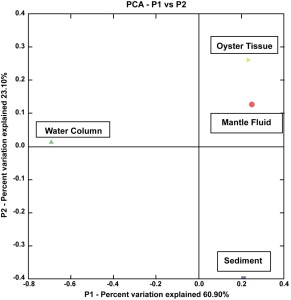 Overall, the results from this study indicate that the oyster microbiome is composed of some oil-degrading taxa that share many similarities to those found in the surrounding environment, and others that may be unique to the oysters.

In a related study, we selected five bacterial strains that we recently isolated from the Eastern oyster (Crassostrea virginica) tissues, mantle fluid and the surrounding environment, using standard enrichment techniques containing crude oil as the sole source of carbon and energy. Draft genome sequences of  these five oyster-associated bacteria were obtained which showed that the relative abundance of putative genes for xenobiotic degradation and metabolism from the five isolates were fairly constant, and ranged from 14.1-17.6% of all identified genes. Some examples of genes found common to the isolated strains include those involved in the degradative pathways of toluene, xylene and PAHs, as well as those for the degradation of chloroalkane, chloroalkene and nitrotoluene, respectively. 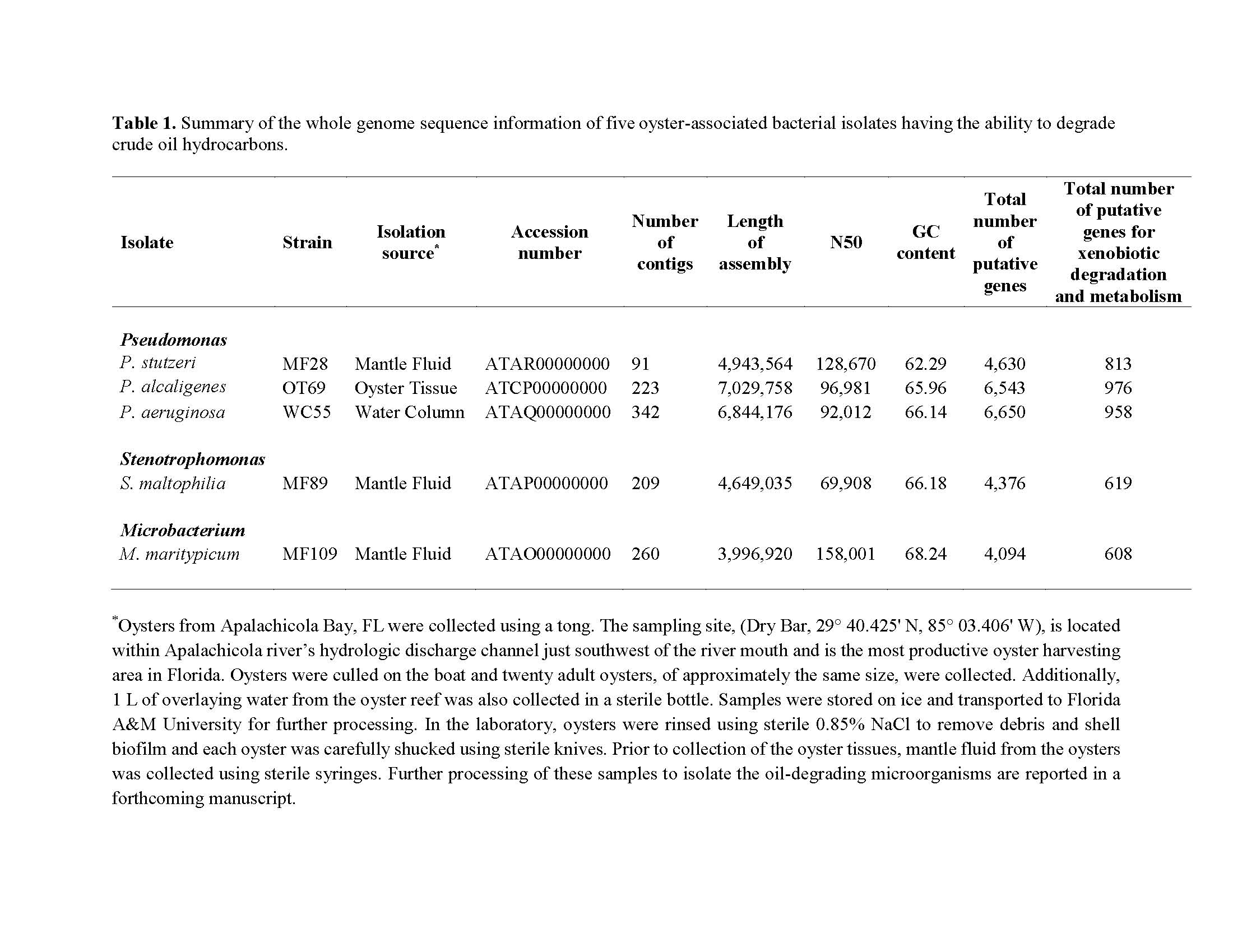