To obtain preliminary data, we investigated ecological tipping points of prokaryotes (bacteria, archaeal) and eukaryotes (algae, fungi, protists) along a pH gradient ranging from 8.17 down to 6.57. Samples were collected and filtered on site by Dr. Hall-Spencer and his post-doc which were received at FAMU in September, 2010, November 2010 and March 2011 and April 2013.

We have found, for the first time, that acidification promotes certain bacterial groups such as Firmicutes and Epsilon-proteobacteria (see figures below) likely due to their ability to use alternate electron donors (e.g. H2, formate, elemental sulfur, sulfide, thiosulfate) and acceptors (e.g. sulfite, elemental sulfur, nitrate) that are available at the vent system. Because many of these species are important human and fish pathogens, we speculate whether ocean acidification will increase the likelihood of such opportunistic pathogens to bloom and cause widespread diseases.

Such areas need to be investigated and data can be used to develop predictive models on the effect of changing pH to the microbial functioning and overall marine productivity. 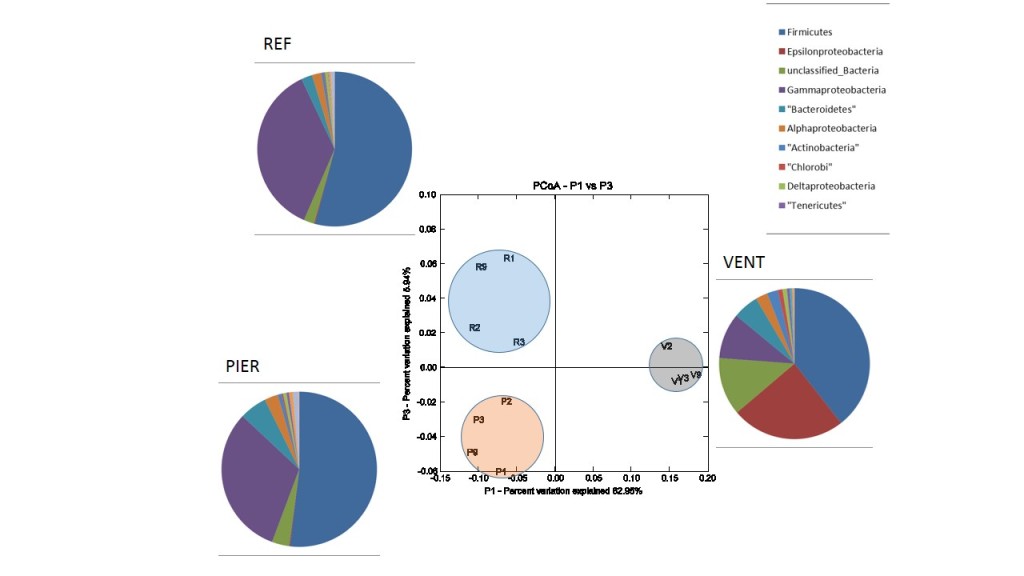