We recently completed our study on this project and our findings generated two critical publications.

Jamaica is the third largest producer of Bauxite ore, which is further processed to manufacture Aluminum. Bauxite mining companies are required by law to restore sites where mining operations are no longer economically viable. A major objective in the restoration process is to reverse the perturbation caused by mining operations such that these areas become self-sustaining ecosystems. 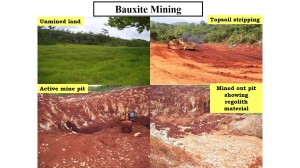 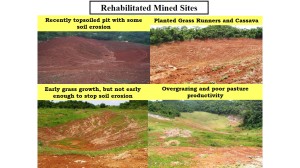 Microorganisms are very sensitive to environmental change and can be used to gauge anthropogenic impacts and even predict restoration success of degraded environments. We assessed the impacts of the bauxite mining activities on soil biogeochemistry and microbial community structure using un-mined and three post-mined sites in Jamaica. The post-mined soils represent a chronosequence, undergoing restoration since 1987, 1997 and 2007. Soils were collected during a dry and wet season and analyzed for pH, organic matter (OM), total carbon (TC), nitrogen (TN), and phosphorus (TP). The microbial community structure was assessed through quantitative PCR and massively parallel bacterial ribosomal RNA (rRNA) gene sequencing. Edaphic factors and microbial community composition were analyzed using multivariate statistical approaches, and revealed a significant, negative impact of mining on soil that persisted even after greater than twenty years of restoration. Seasonal fluctuations contributed to variation in measured soil properties and community composition, but were minor in comparison to long-term effects of mining. In both seasons, post-mined soils were higher in pH, but OM, TC and TN decreased. Bacterial rRNA gene analyses demonstrated a general decrease in diversity in post-mined soils, and up to up to a 3-log decrease in rRNA gene abundance. 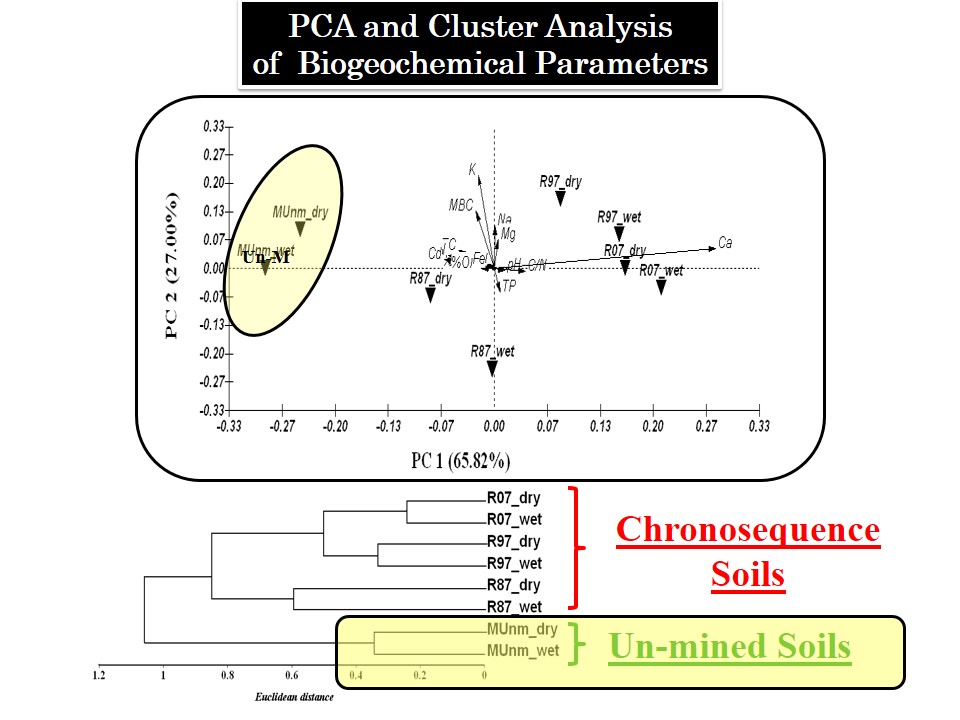 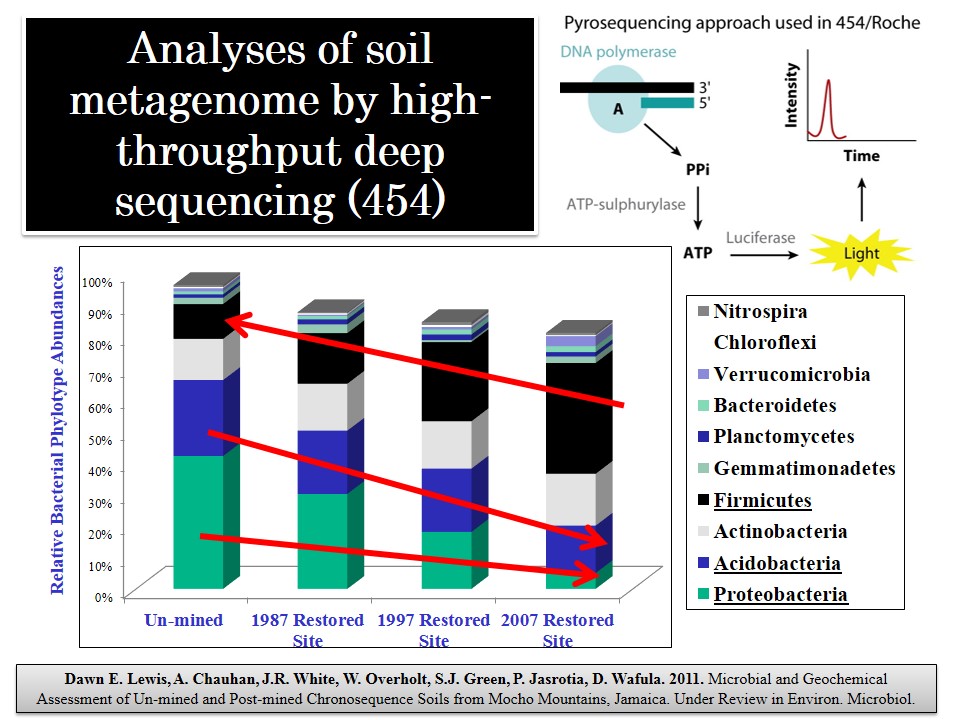