Assessing Impacts of Changes and Restoration Activities in the Florida Everglades

The Florida Everglades represents a unique freshwater marshland, consisting of a myriad of interspersed ecosystems, including ridges, sloughs, marshes, and tree islands. A growing body of evidence, including finding from this study suggests that microorganisms are more sensitive to environmental change than higher organisms, including plants and animals. In fact, relationships between diversity and recovery of microbial functions induced by different types of stresses have been characterized, including changes in land use, soil organic carbon. These studies indicate that microbial diversity shifts and resilience is relative to the functions being studied, viable species, their interactions in a particular environment being studied and physicochemical structure which directly shapes microbial community composition and associated biogeochemical functions. 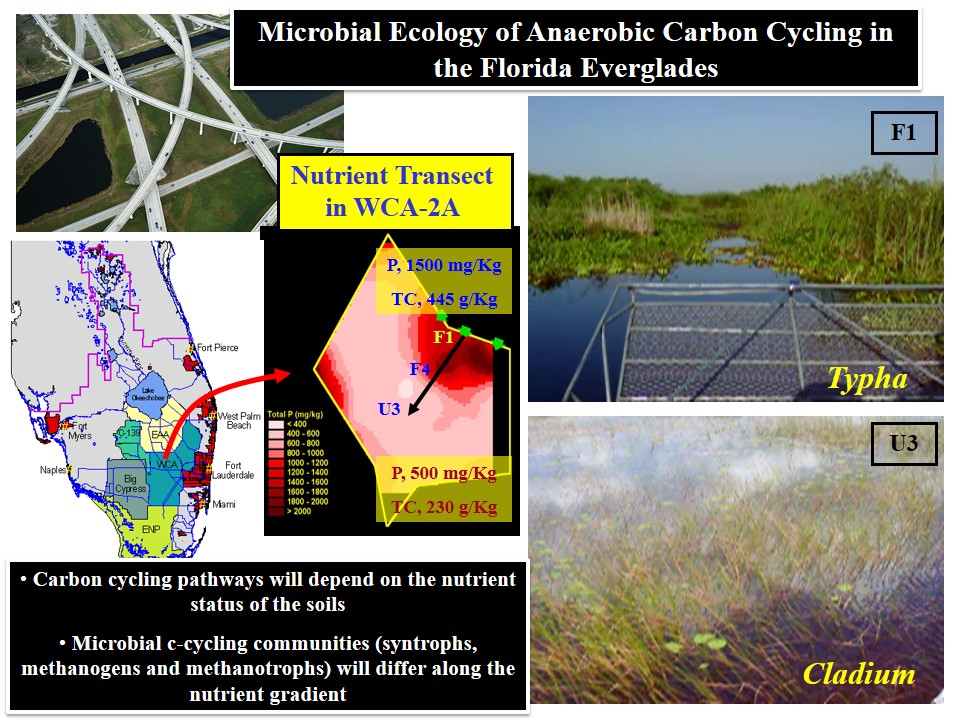 The Florida Everglades is also the site of the largest restoration project ever undertaken. The restoration attempts are part of a comprehensive plan to first understand the different components in context of the ecology of the Everglades and how these entities interact to drive the predominant biogeochemical cycles. Such extensive studies will potentially facilitate the reversal of disturbances caused by drainage and nutrient loading to this marshland.

Our conceptual model of carbon cycling in eutrophic vs. oligotrophic wetlands: 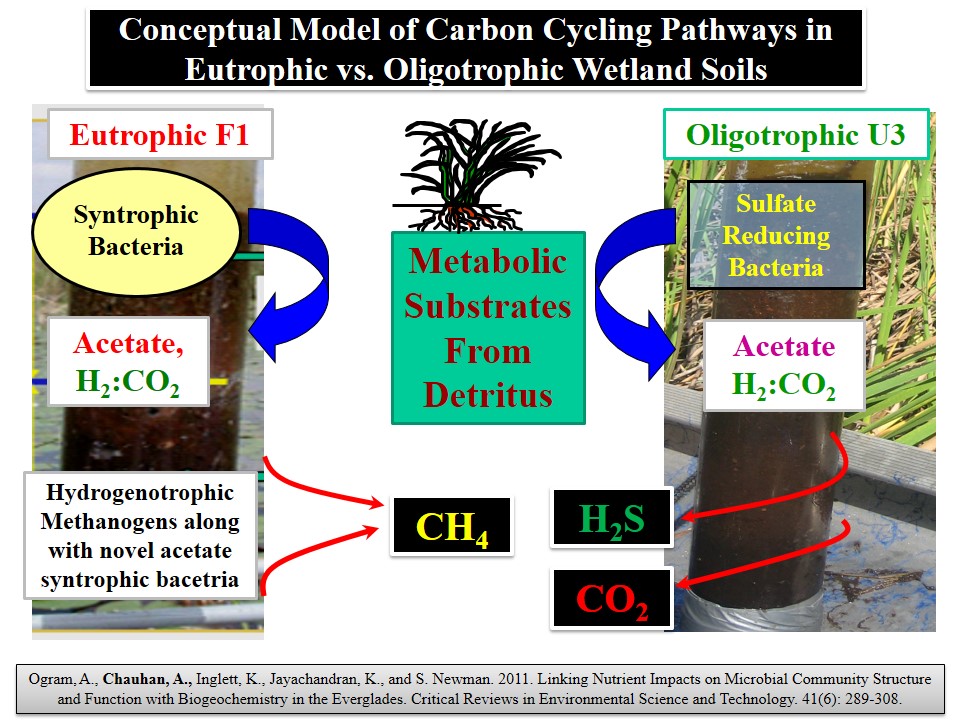 Whether soil microbiota serve as pioneer species and facilitate recovery processes of degraded environments or merely colonize the niches during the reestablishment of higher life forms remains to be rigorously tested and shown. Regardless, a better understanding of wetland soil microbial communities and how they respond to anthropogenic inputs will facilitate development of bioindicators of human stressors and also provide a better understanding of the impacts of nutrients to microbial communities and the biogeochemical cycles they control.