Briefly, metals and radionuclides are transported into the environment as a function of nuclear energy activities, accidental spills from nuclear power plants, and the production of nuclear weapons and their testing. Inadvertent release of radionuclides represents a serious threat for both, environmental and human health, since they are easily integrated into the food chain. Therefore, environmental monitoring and ecosystem rehabilitation is required and ongoing at contaminated facilities such as the Savannah River Site (see photo below).

At such sites, the toxic chemicals are mainly monitored by chemical characterization, which generally provides the total concentration of contaminants and circumvents the more relevant aspect of chemical speciation and how much of the contaminant(s) are available for microbially-mediated bioconversion.

Microbial biosensors, that are genetically engineered to detect a toxic pollutant, can be an effective monitoring mechanism because of their strong potential for detecting the bioavailable fraction of the toxic compound, thus providing a direct estimation of toxicity (See flow diagram below). 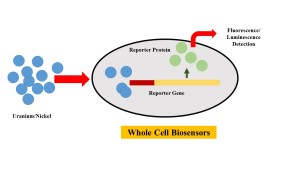 Thus, FAMU and UGA participants will collaboratively monitor natural attenuation processes by evaluating the bioavailable metal(s) (mainly Nickel) and radionuclide (Uranium) from the subsurface environment of SRS, a nuclear legacy waste site, such that bottlenecks in the attenuation processes can be identified and better management practices can be recommended.

Specifically, PI at Florida A&M University supported by Co-PI at The University of Georgia, Dr. Seaman will collaboratively:

1) use newly designed whole cell bacterial biosensors with the ability to precisely identify the dominant metals and radionuclides such that hotspots of bioavailable contamination can be identified and correlated to the total chemical fraction to bin contaminated samples as high (H), medium (M) and low (L) levels;

2) obtain 16S gene based functional metagenomics information from H, M and L samples to identify and isolate the dominant bacterial-fungal communities, and correlate with concentrations and genes for metals resistance and U bioconversion such that predictions on Ni and U bioremediation across sites using predictive relative metabolic turnover (PRMT) can be obtained;

3) delineate factors that limit Ni and U bioremediation using lab controlled microcosms; and

4) train a steady stream of under-represented undergraduate and graduate students in the field of environmental monitoring and rehabilitation using rigorously intertwined research objectives. 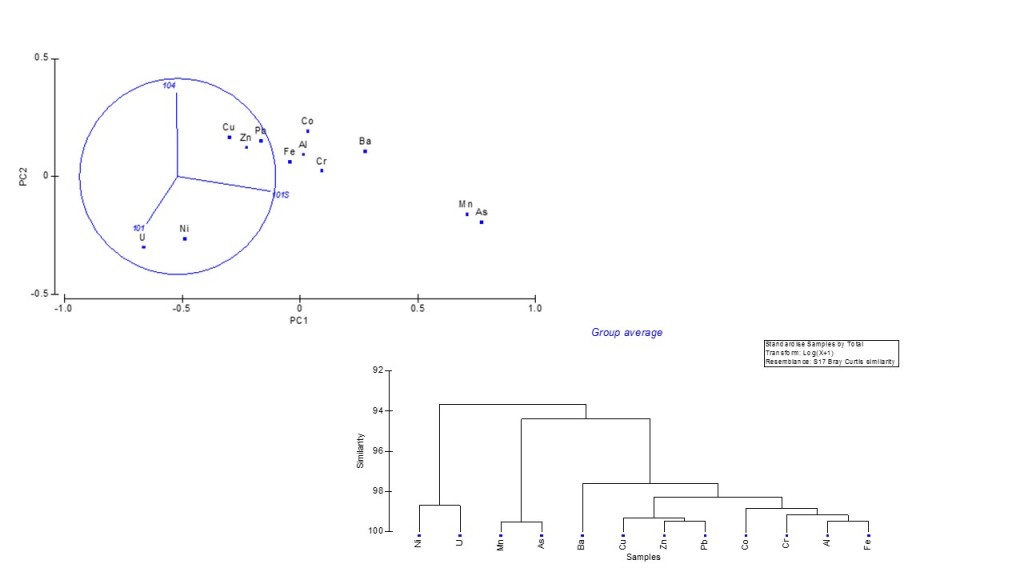