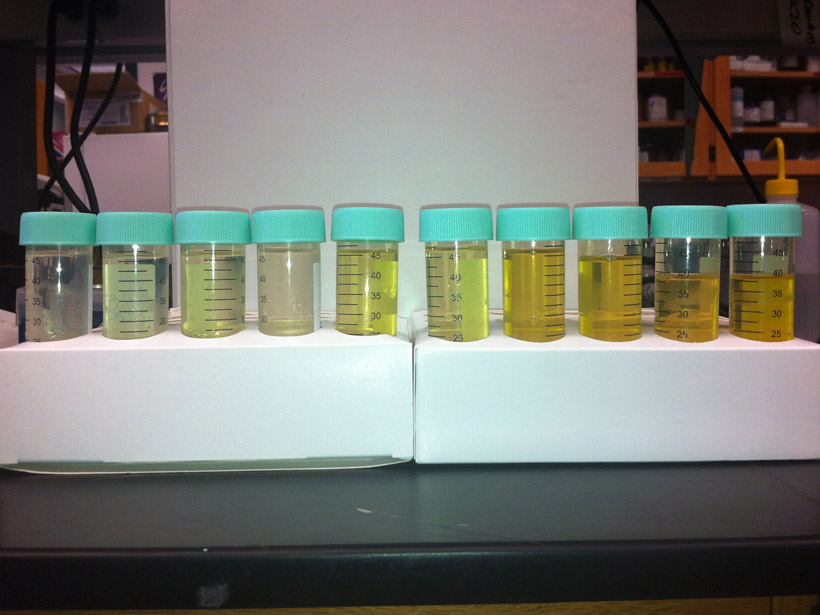 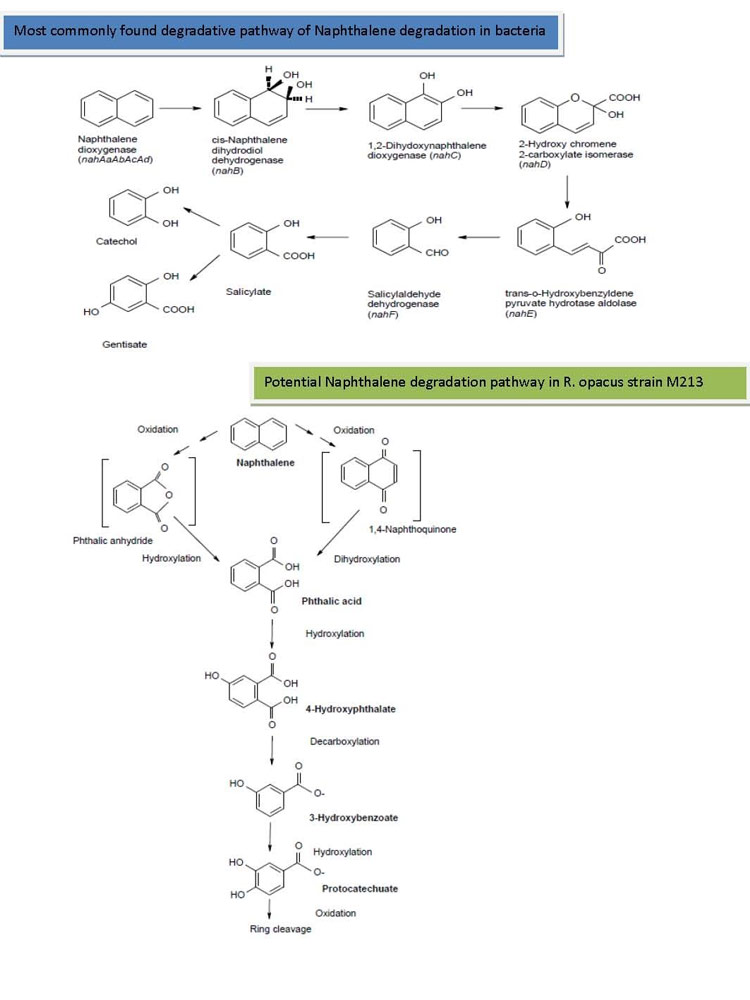 Figure 1: The most common degradative pathway and a proposed new metabolic pathway for the degradation of Naphthalene 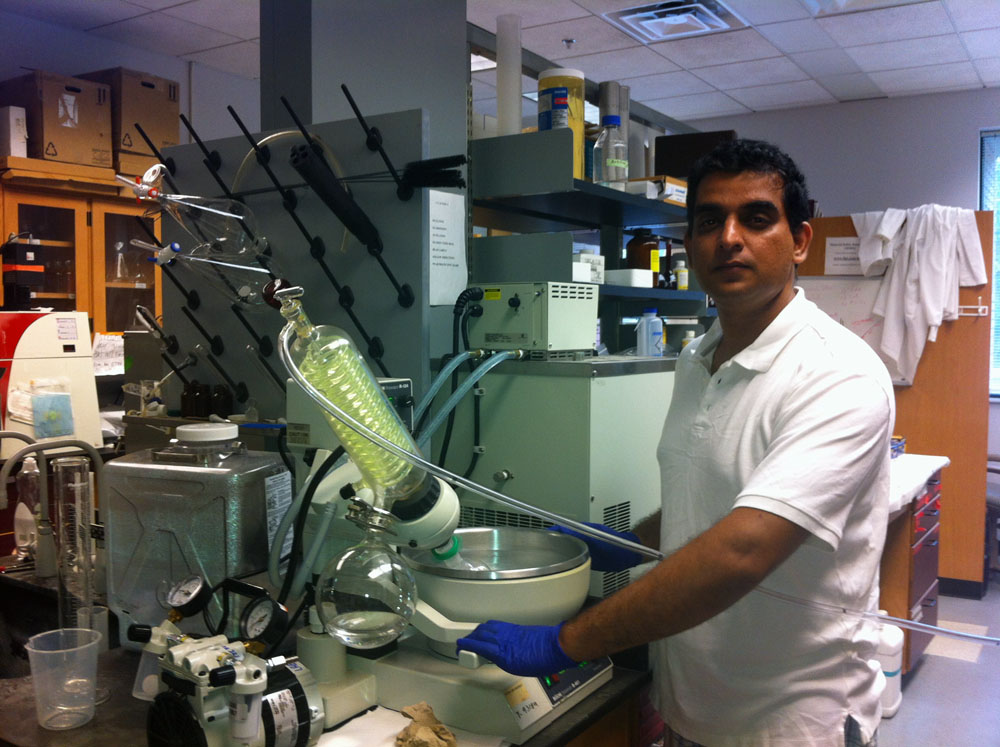 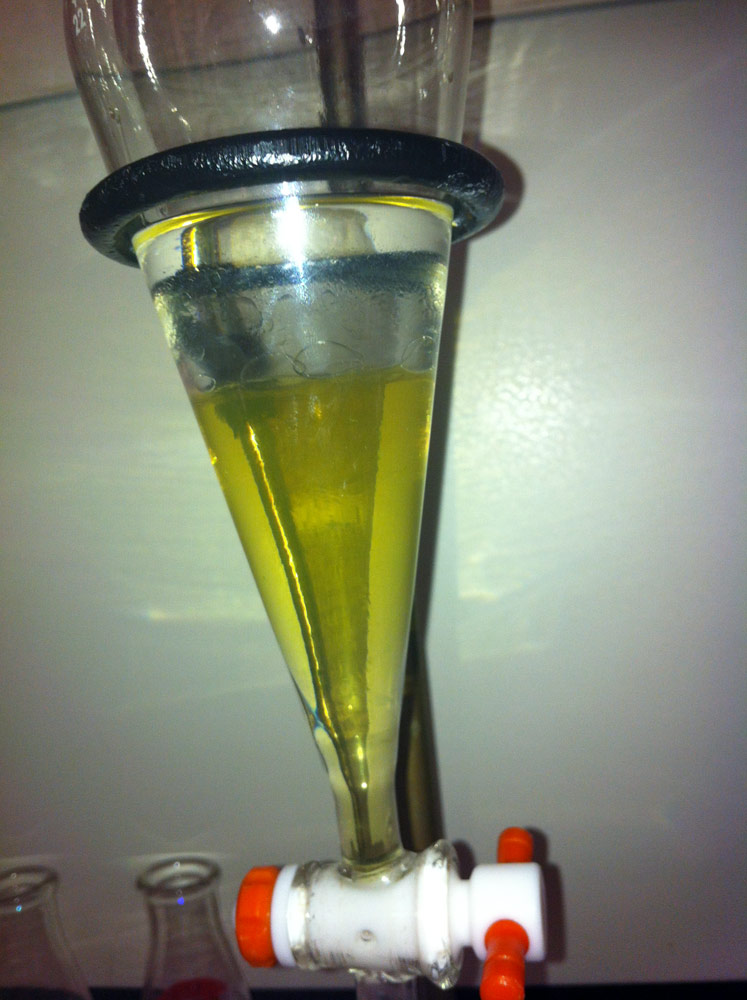 Much of what is known of the biochemistry and genetics of bacterial naphthalene metabolism is gained from gram-negative species such as Pseudomonas putida G7 and its plasmid, NAH7. Pseudomonads are easily isolated by standard enrichment methods, but may not be representative of dominant pathways present in a given environment. A clear understanding of the fate of organic contaminants in the environment is dependent on an understanding of pathways by which these compounds are degraded by a community, and not merely by those that are easily isolated. Soil borne, gram-positive Rhodococcus strains have been shown to metabolize a range of aromatic hydrocarbons. Little is however known of the pathways or genetics of naphthalene metabolism by Rhodococcus strains. Not surprisingly, genes from naphthalene metabolic pathways cloned from Rhodococcus strains are generally not closely related to their counterparts from Pseudomonas strains.

We are studying the genetics and biochemistry of naphthalene metabolism in R. opacus M213 isolated from a fuel-oil contaminated soil in northern Idaho. Additionally, we are also enriching and isolating Gram-positive bacteria from a variety of soils to understand the similarity and phylogeny of Actinobacterial oxygenases which will provide information on the evolutionary origins of both naphthalene dioxygenases and seemingly disparate enzymes such as phthalate and gentisate oxygenases that are of interest to this study. In addition, a clear understanding of the similarities and relationships between the genes encoding these enzymes will contribute toward development of specific PCR primer sets directed toward different enzymes (e.g. naphthalene dioxygenase vs. phthalate oxygenase) and different hosts (e.g. Rhodocococcus vs Mycobacterium).

Approach: An actinomycete- Rhodococcus opacus M213 was isolated from a fuel oil contaminated soil in North Idaho on naphthalene as a sole source of carbon and energy (Uz et al., 2000). Our preliminary analysis has shown that R. opacus M213 does not grow and metabolize naphthalene via salicylate, which is the standard pathway for naphthalene degradation as shown in Fig 1. Rather, M213 likely degrades naphthalene through a previously undescribed pathway via o-phthalate and protocatechuate (Chauhan et al., Poster Q-028, 103rd General ASM Meeting; Pathak et al., 2011; Pathak et al., 2012).

As shown in Fig. 1, we hypothesize that this pathway proceeds through o-phthalate to a protocatechuate pathway for cleavage of the second ring (in contrast to the NAH7 encoded catechol pathway). This pathway represents significant difference from previously described pathways for naphthalene metabolism. The R. opacus M213 naphthalene pathway likely has a very different evolutionary history than standard gram-negative pathways but share some similarities with previously described pathways. R. opacus M213 carries linear plasmids to which catabolic genes have been located (Uz et al., 2000), and this system may represent a model system for PAH metabolism encoded by linear replicons.

This research is being guided by the following hypotheses:

Hypothesis 1: Naphthalene is metabolized via a previously undescribed pathway in strain M213.

Hypothesis 2: Genes for naphthalene metabolism are encoded by pNUO1.

Hypothesis 3: Naphthalene metabolism in M213 is controlled by at least two distinct gene clusters: one encoding the naphthalene dioxygenase genes and other containing genes for the metabolism of o-phthalate to protocatechuate.

Objectives: Approaches that we will employ to test the above hypotheses include:

Anticipated Results: Soils, sediments and groundwater at army and naval refueling stations and other training facilities are often found contaminated with PAHs that are classified as hazardous wastes by the US EPA, (http://www.epa.gov/superfund/sites/npl/). The problem is been further compounded through spread of these hazardous compounds into the groundwater and into streams which create secondary problems such as fish kills and loss of recreational activities. It is expensive to decontaminate these sites and studies are therefore required to identify degradative processes prior to attempting restoration of contaminated environments.

Our overarching hypothesis is that metabolism of naphthalene in M213 proceeds through formation of o-phthalate, whose metabolites are then funneled through a protocatechuate pathway with extradiol cleavage of the final ring to provide central pathway intermediates. Elucidation of the biochemical pathway, genetic structure, and evolutionary relatedness with similar genes would provide important information on alternative routes through which bacteria adapt to xenobiotic compounds, and on evolutionary mechanisms at work in linear replicons. In addition, characterization of this system will provide information required for further studies on this unique system, including detailed studies on the regulation of potential operons and distribution in the environment.